Well there we were rolling along quite nicely, gathering momentum and then—well then you know the rest. The last preview we performed was at the lovely Camano Schoolhouse three days before the word came down from the governor’s office—no more group gatherings. I remember Dustin telling the audience at that preview that we planned to stage Carried by the Current in Seattle sometime in 2020 but “with COVID-19,” he said, “who knows? We may have to wait until 2021.” I was standing to one side thinking—no way we’ll have to wait that long. This too shall pass—and now here we are, Labor Day weekend, and there’s no end in sight for indoor performance venues. Not only do I feel for all the theatres that must be gripping the side of the boat, trying to stay afloat without being able to offer live plays but I feel for every actor without a place to act.

However I’m not one to sit around and wait for things to change. As I pondered the situation back in April, when things were so peaceful my ideas had room to grow, I remembered The Messenger, a play I wrote back in 1996, which was produced at Skagit Valley College in 1997. It’s essentially a comedy, with some “what if?” overtones, about a television news show host coming home from work to this message on his answering machine: “Hi, Michael. This is God. There are going to be some radical changes to the population of the earth and I’ve chosen you to let people know.” Beep. The voice is female so Michael’s reaction is to assume that his friend, Leasha, is messing with him. The story unfolds from there. 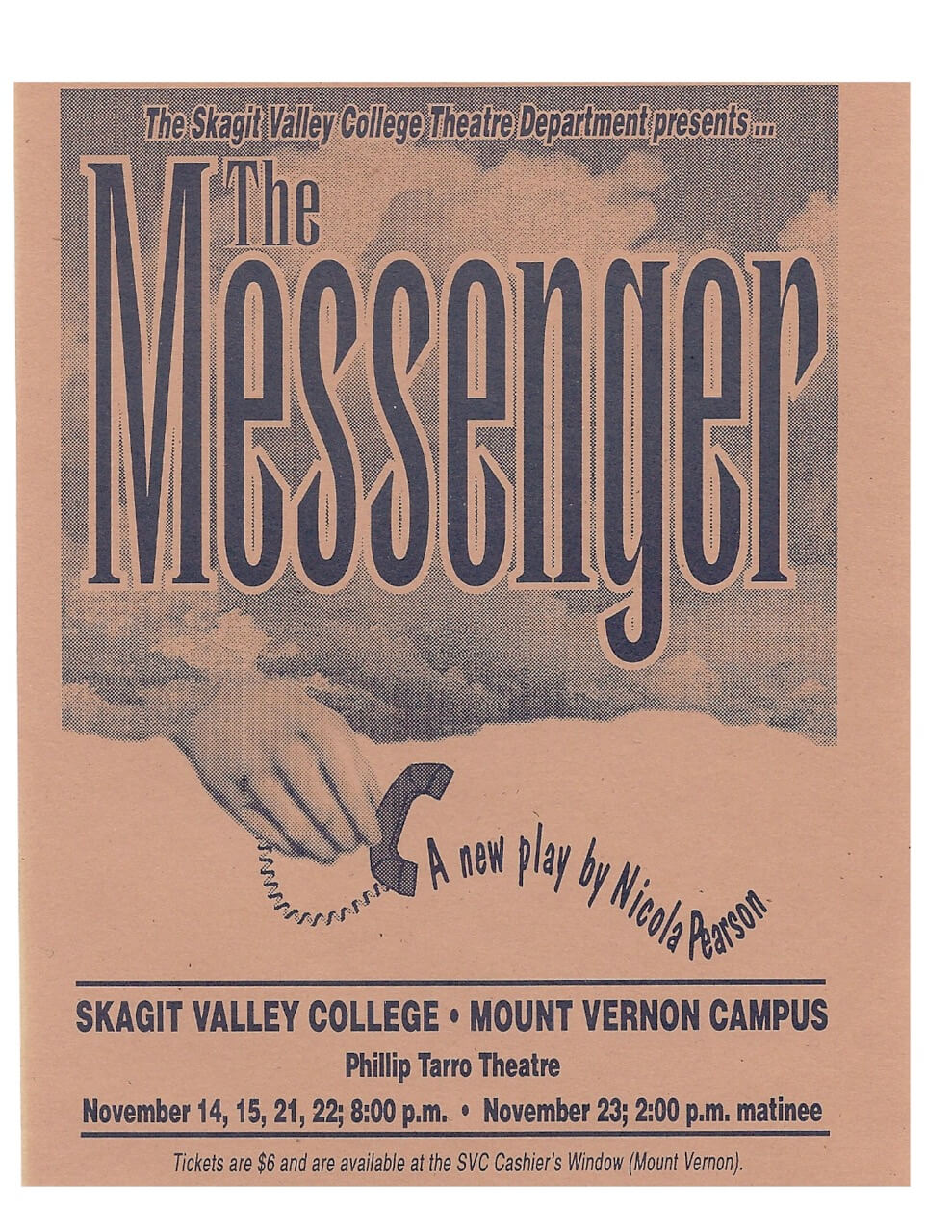 The thing is, the “radical changes” in the original script come in the form of a virus. So as I was sitting there in lockdown in April, not being able to move forward with Carried by the Current, it occurred to me that I ought to get The Messenger out and find a way to offer it to the public. I reached out to the actors from Women’s Work Productions and asked them if they would like to conference call via Zoom and do a recorded, screen reading of The Messenger. “Ye-ah!” was the resounding response. I spent a moment bringing the original script up to the 21st century, with our smart phones and voice messaging and social media, and then tried to master Zoom for a play reading.

That’s the part that took a while. Performing on Zoom is not like performing live on stage. So while the opening sequence of Michael listening to a bunch of messages as he takes off his jacket, drops his newspaper on the table, pours himself some water and makes himself comfortable on the couch, works on stage, it doesn’t work on Zoom. I went back and edited the script to streamline it a little for a format in which you can only see the actor’s head. Then I noticed that reading the stage directions was both distracting and a dirge to the pace of the play, so those had to be edited out and an alternative found. And finally we had to work on the lighting for each actor in their separate spaces so they could actually be seen and not appear washed out by windows opposite their computer screens. All of this involved a lot of re-recording and an incredible amount of video editing. Fortunately the actors were very generous with their time and one of our newest members—Gracie Johnson—volunteered to hone her editing skills on this video. We are very grateful for all the work she put into this and we welcome Gracie, Teresa Ling and Ben Stahl to our acting group. 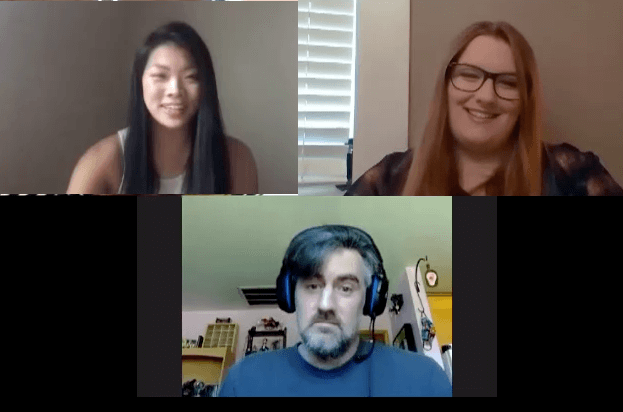 Here is what we came up with. Click on this title ~ The Messenger: Act I ~ to watch the video. We could improve on it, we know, but the constant re-recording kind of takes the “live” out of a live performance. So we offer you this first act of The Messenger hoping you will pardon the imperfections and enjoy. And if you’re inclined to give us your honest feedback, then please do so. We’re currently recording Act II so any ideas you might have on how we can improve the viewing experience will be welcomed. We did this for us—because we wanted to act despite being in lockdown—but also for you; to let you know that we’re still here, still planning to put Carried by the Current and other previously unknown stories from history on stage, and that we’re not giving up. We’re very grateful for the support you’ve given us so far and we’d like to find a way to bring you theatre pending our return to the stage. This is our first attempt.

After we finish recording Act II we’re going to be looking for new scripts more in line with the mission of Women’s Work Productions. If you know any playwrights with scripts based on hidden gems from history, please have them contact us. Meanwhile we will continue to create our own story of theatre during a pandemic for the playwrights of the future.